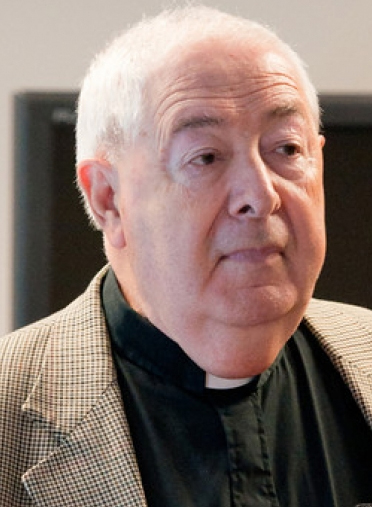 “You can make a powerful impact wherever you are!” stated the Rev. Dr. Donald P. Wilson, Waynesburg University’s Interim Director of Christian Life to the University’s Stover Scholars on Wednesday September 5, 2012. Wilson described the life of Declaration of Independence signer and Presbyterian minister, the Rev. John Witherspoon, as an example of someone who applied his faith to have a profound cultural impact.

Witherspoon, a New Jersey delegate to the Continental Congress and President of the College of New Jersey, which later became Princeton University—persuaded Colonial Americans to support the American Revolution in a famous sermon given in Princeton, New Jersey, at what is today the Nassau Presbyterian Church.

According to Stover Scholar and Waynesburg University Senior Anthony Cooper, “Listening to Reverend Wilson provided valuable insight into the foundation of the church and the country.” “It was refreshing commentary in the midst of much political campaign jargon,” Cooper commented. “Reverend Wilson’s lecture gave me more insight into the similarities between the Presbyterian church leadership structure and the federal government,” said Stover Scholar Jonathan Waldon. Freshman Rachael Sinis observed, “Reverend Wilson’s teaching was enlightening in regards to how our structure of government was created and our representative format is undeniable. This fact was new to me and I am excited to learn more about it!” Junior Daniel Czajkowski said, “We are thankful to Rev. Wilson for his thoughtful insights concerning the influence of Christian men in Founding and our current form of government. His words have inspired us to continue in the path of those before us as we continue on our journey of American government.”

Dr. Lawrence M. Stratton, Director of the Stover Center for Constitutional Leadership and Assistant Professor of Ethics and Constitutional Law, said, “Rev. Wilson helped the Stover Scholars appreciate the Rev. John Witherspoon’s impact on the American Revolution, the Constitutional Convention, and the Bill of Rights and demonstrated that individuals can apply the insights of Christian faith to transform the political world.”