Let us remember, lest we forget 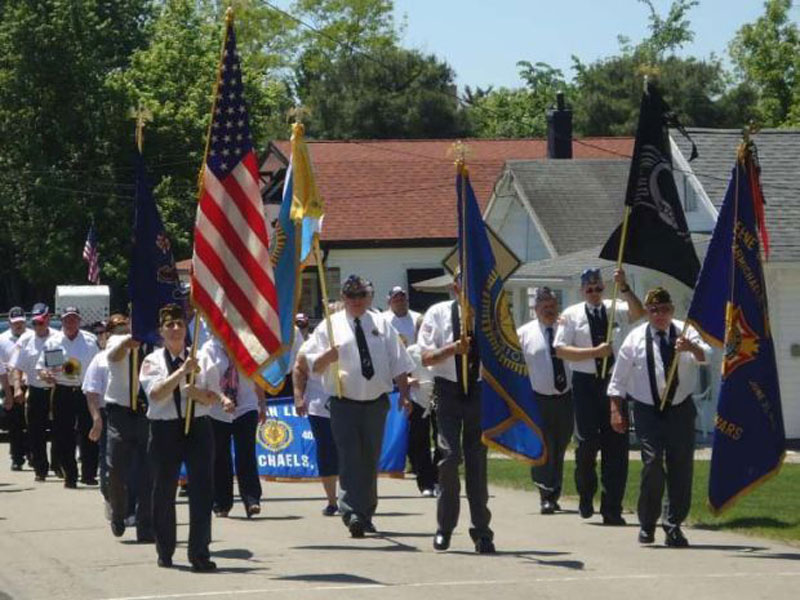 Let us remember, lest we forget

Dr. Lawrence Stratton, Director of the Stover Center for Constitutional Studies and Moral Leadership, gave the Memorial Day address at the 2014 Garards Fort Cemetery rememberance event. Below is a link of the news article and a copy of his address.

Memorial Day is the sacred and solemn American day to remember those who died in our nation’s service, the hundreds of thousands killed in our country’s wars.

The tradition began after the Civil War to honor the sacrifices of Civil War soldiers. At the first National Decoration Day service, as it was known, at Arlington National Cemetery, on May 30, 1868, attended by 5,000 people, including General and Mrs. Ulysees S. Grant, former Union General and Ohio Congressman James Garfield—another future President—declared,:

“We do not know one promise these men made, one pledge they gave, one word they spoke; but we do know they summed up and perfected, by one

supreme act, the highest virtues of men and citizens. For love of country they accepted death, and thus resolved all doubts, and made immortal their patriotism and their virtue.”

The participants then decorated the graves of the 20,000 plus Union and Confederate soldiers buried there with flowers, wreaths, and flags. The original May 30th date was chosen because flowers would be in bloom throughout the nation.

The Grand Army of the Republic (G.A.R.), the veteran’s organization for those who had fought for the Union during the Civil War, was one of the most important organizations in Greene County in the 1880’s and 1890’s.

During these years, the most significant and impressive public ceremony each year took place on Memorial Day, when the veterans of the Civil War memorialized their dead comrades. In Waynesburg and elsewhere in the county, the G.A.R. was in charge of the ceremony, and the event was always announced well in advance, the program was printed in detail, and the order of the parade and addresses were reported at length. (I, 181).

Later in his book, Professor Smith notes that in the late 1920s “as the number of living veterans of the Civil War dwindled year by year” Memorial Day leadership passed to veterans of later struggles—the Spanish-American War and the World War.” In 1941, as World War II was underway with Pearl Harbor on the unknown horizon, he comments that it was “the first time that no Civil War veteran was present.” In 1943, the last Civil War veterans in Greene County had passed away.

Of course, at our Memorial Day Weekend gathering this morning in historic Garard’s Fort Cemetery we honor not only the fallen from the Civil War, the Spanish-American War, World War I, World War II, Korea, Vietnam, through the Persian Gulf present Global War on Terror, especially in Afghanistan and Iraq, we also remember those who died to secure and defend freedom going back to the American Revolution.

As the Pennsylvania historical marker for Garard’s Fort states, Garard’s Fort was the “Site of frontier refuge in [the][ Revolutionary War, station in 1777 of [a] small detachment of [ ]militia.”

The Rev. John Corbley, a local Justice of the Peace, and Colonels William Crawford and John Minor, were targets of a plot by Tories which was routed by forty horseman at Whitely Creek. As we know, Rev. Corbley’s family was later massacred by the Indians when he returned to his house to get his Bible one Sunday morning, and he himself was charged in the Whiskey Rebellion. After being pardoned by President Washington, Rev. Corbley was released in Philadelphia and walked home.

This historical sweep reminds us that freedom is not free and that we should be forever grateful for those whose blood, sweat, and tears secured our liberty.

Let us never forget their courage.

As Rudyard Kipling wrote in his poem Recessional,

God of our fathers, known of old,

Lord of our far-flung battle-line,

Beneath whose awful Hand we hold

Dominion over palm and pine—

Lord God of Hosts, be with us yet,

The tumult and the shouting dies;

The Captains and the Kings depart:

An humble and a contrite heart.

Lord God of Hosts, be with us yet,

Far-called, our navies melt away;

On dune and headland sinks the fire:

Lo, all our pomp of yesterday

Is one with Nineveh and Tyre!

Judge of the Nations, spare us yet,

I recited Kipling’s poem at the Kutztown, Pennsylvania Memorial Day service in 1977.

We remember and honor those who have given their lives for our freedom and liberty not only by saluting them this weekend, but by advancing the principles for which they stood, even now. These principles are engraved in our hearts by our Creator and in America’s Declaration of Independence and the U.S. Constitution. Let us promote these principles so that, as Lincoln said in his Gettysburg Address, “this nation, under God, shall have a new birth of freedom—and that government of the people, by the people, for the people, shall not perish from the earth.” Let us Remember, lest we forget.